Why is Mie called “The Delicious Country”? It’s all about the water!

There are many wonderful things to eat in Mie Prefecture. It is called “The Delicious Country”. According to the 10th century law book Engishiki, the Shima region was required to make a tribute of abalone, seaweed, pearls, and sazae (turban shell sea snails) once every ten days!

Ise lobster and other delicacies from the sea, as well as the proud Japanese brands Matsusaka Beef and Iga Beef and local sakes featured at the Ise Shima G7 Summit, are but a few of the reasons this area is known as a culinary treasure chest.

This time, we examine an element fundamental to the Delicious Country; water.

———The fine soft water of the Suzuka River 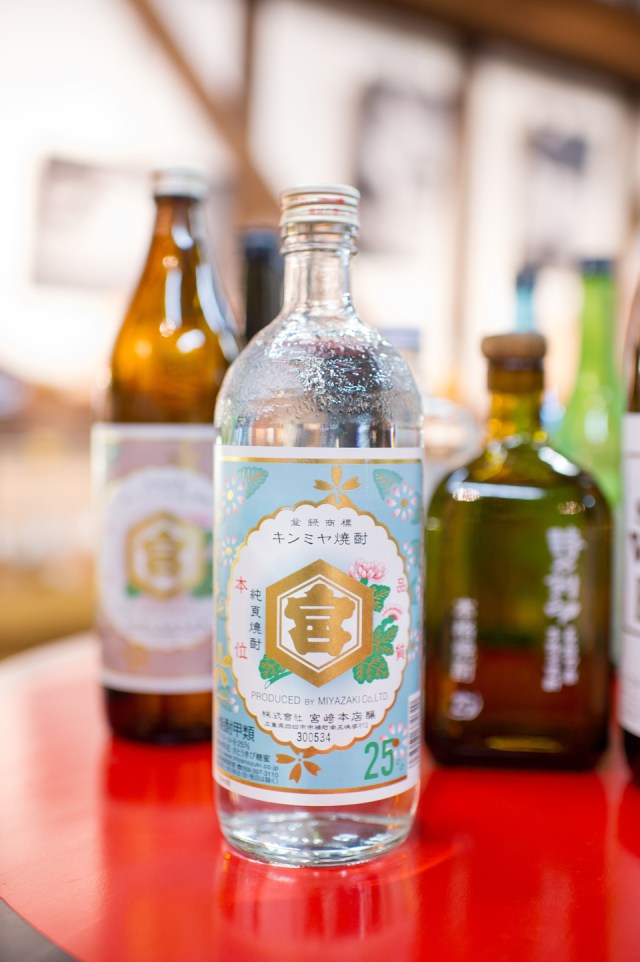 The shochu known as a cornerstone of the downtown pubs is made in Kusu Township in Yokkaichi. 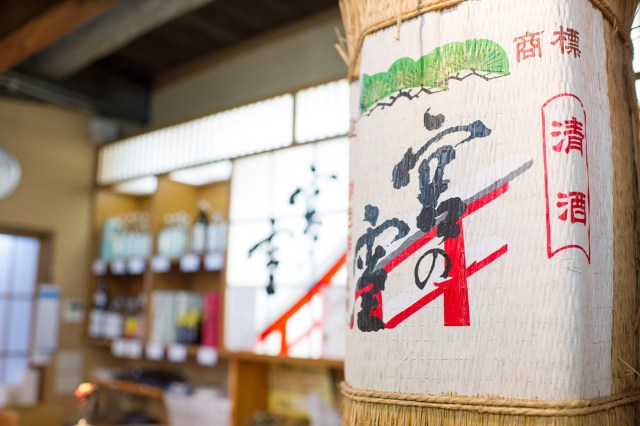 Since long ago, this area has been known for its production of shochu and mirin, as well as for its sake. “Shochu from Kusu, sake from Nada (Kobe)” went the saying.

The groundwater here comes from the Suzuka River, and is prized for its purity and softness. In the winter, the “Suzuka Oroshi” winds blow frigidly down from the Suzuka mountains, creating excellent conditions for making sake. 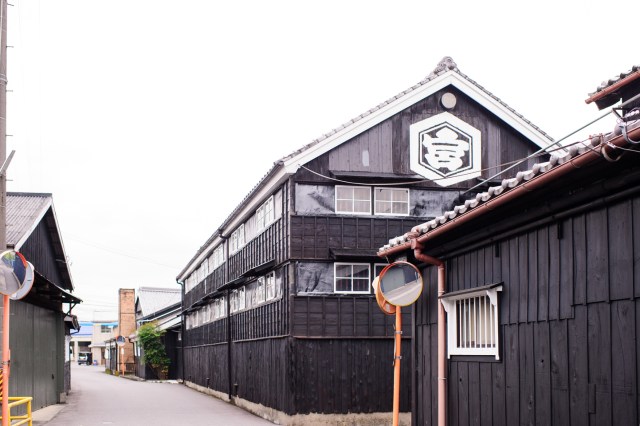 ———Kinmiya’s flavor is the flavor of water

Japanese shochu can be divided into two categories, “Korui” and “Otsurui”. Korui shochus like Kinmiya are made from sugar cane syrups and are distilled many times to remove any off flavors and make a clean clear liquor. They are sometimes said to lack character, however.

Kinmiya is one of the most popular brands in a crowded field of korui shochus. What is it that makes Kinmiya different? When this question is posed to Mr. Miyazaki, he replies “Kinmiya’s flavor is the flavor of water!”

So that’s it. Kinmiya’s taste flows from the pure soft water of the Suzuka River.
The answer seems so simple, there must be more to the story. Let’s dig a little deeper.

———A simple thing, but it can’t be duplicated 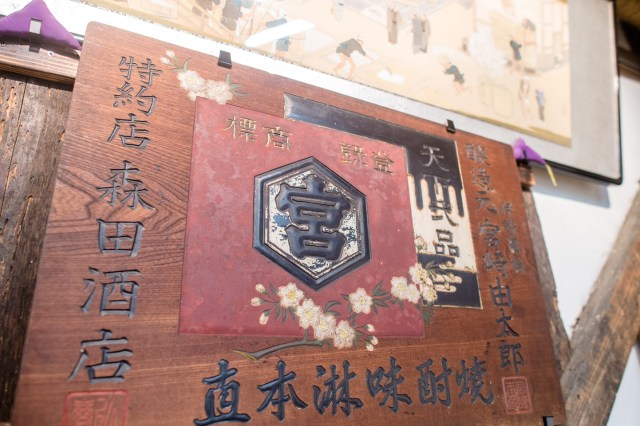 When sake making began, people didn’t worry about whether the water was hard or soft, rather the emphasis was on passing on techniques and traditions from one generation to the next. Of course, they didn’t have the water quality data that brewers today make use of. Their knowledge was painstakingly gleaned from long hours of toil. That knowledge included knowing which areas had the best groundwater for making sake. 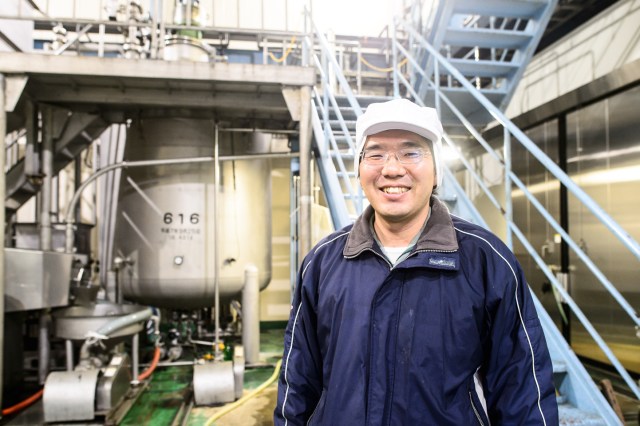 Kinmiya employee Mr. Hasegawa gives us a tour of the facility.

According to Miyazaki, “Rice, koji, yeast, water, fermentation temperature, the brewers themselves and the time taken all have an effect on the final flavor of sake. Therefore, if you were to try to duplicate the taste of a particular sake, you could get pretty close. Korui shochu is different because it’s just sugar cane and water. It can’t be duplicated.” This pure and natural soft water is found only here. It is a product of this particular landscape, there isn’t any other like it.

———Making fans through branding? Not exactly.

When the Great Kanto earthquake struck in 1923, Kinmiya sent relief a shipload of relief supplies including vegetables, rice, and water. In those days there were no TVs or radios, just rumors that “something awful has happened in Kanto”. Surprisingly, people who were helped still prefer Kinmiya products.
“The folks who sent the aid soon forgot (there were no official records kept), but those who received it have never forgotten” says Miyazaki. Similarly, after the 1995 Hanshin earthquake in Kobe and the 2011 Tohoku earthquake and tsunami Kinmiya was quick to help. In 1995 it filled one of its shochu tankers with water and sent it to quake stricken Kobe. In the wake of the 2011 Tohoku disaster, reports that supplies of mineral water were dwindling moved Miyazaki, after receiving permission from the relevant authorities, to have shochu and sake packs filled with pure Suzuka soft water. Over the Kinmiya labels stickers that read “Drinking Water” were affixed and the packs were sent to the disaster area.
“Mothers who used baby formula were especially grateful. Even though the packs were labeled as drinking water, I’ll bet seeing mothers using Kinmiya to mix up baby formula raised more than a few eyebrows” chuckled Miyazaki. 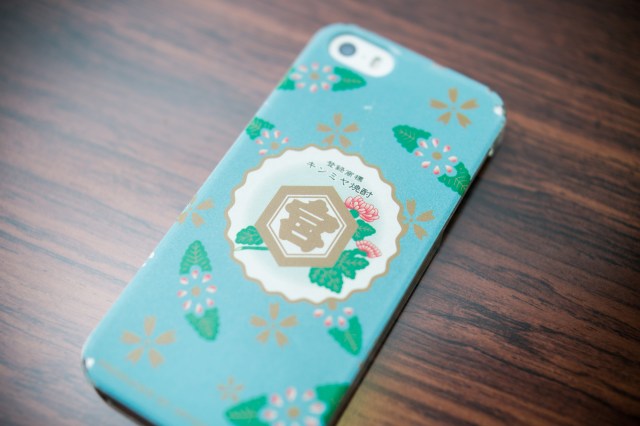 The important thing for industry, indeed for individuals as well, is to consider the feelings of others and not take people for granted.

But we have gotten a bit off the topic. What does it mean to say “Kinmiya’s flavor is the flavor of water”?

———Mix it with Hoppy to understand

“Mix Kinmiya or other korui shochus with Hoppy and it will become obvious” says Miyazaki. (Hoppy is a beer-flavored drink with a 0.8% ABV)

About 20 years ago, Miyazaki was having dinner with the president of the Hoppy company. The president asked “Why is your brand so strong? What is it that makes you different?”
Taken aback, Miyazaki replied “What’s different? Why, it’s our delicious water of course!”

Miyazaki proceeded to explain about the fine soft water of the Suzuka River and how easily it blends and melts, and why it really brings out the flavor of Hoppy when the two are mixed. 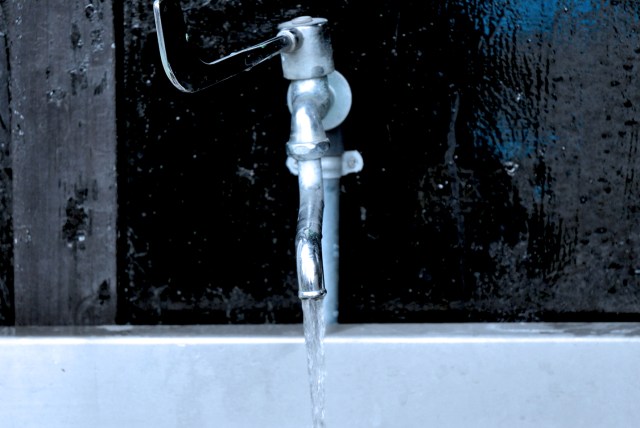 It might seem a surprising conclusion, but to the people who live nearby it’s not surprising, it is so very simple.

———The Miya River boasts the best water quality in Japan

Flowing through southern Mie prefecture, in 2015 the Miya River was recognized as having the best water of any river in Japan. This river represents Japan. 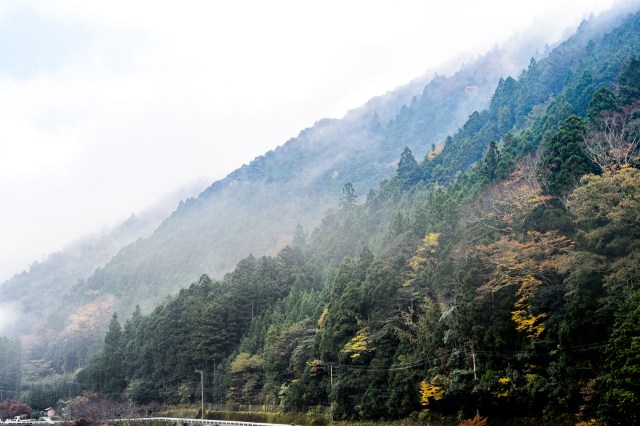 At the source of this remarkable water in Odai Town, we spoke with mineral water producer Masanobu Kadono. 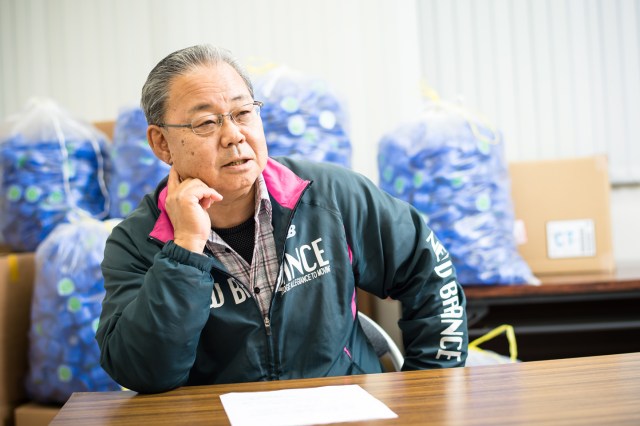 “Compared to the other rivers that were surveyed for water quality, the number of people that live along the Miya River is quite high” says Mr. Kadono.
Taking that fact into consideration, those who live in the Miya River basin must be very mindful about water.

———An unexpected use for “Mori No Bannin”, the mineral water featured at the Ise Shima G7 Summit. 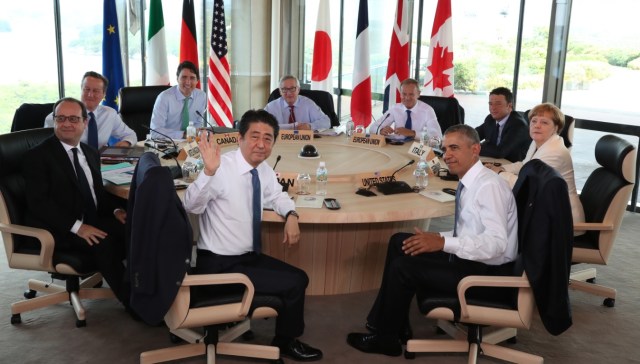 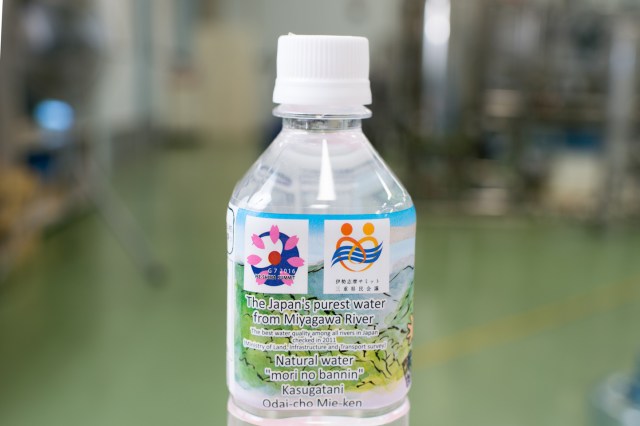 “Mori No Bannin”, the mineral water provided to the Ise Shima Summit, also comes in gallon jugs and four liter bottles, and is used for other purposes in addition to drinking.
Mr. Kadono elaborates on this point. 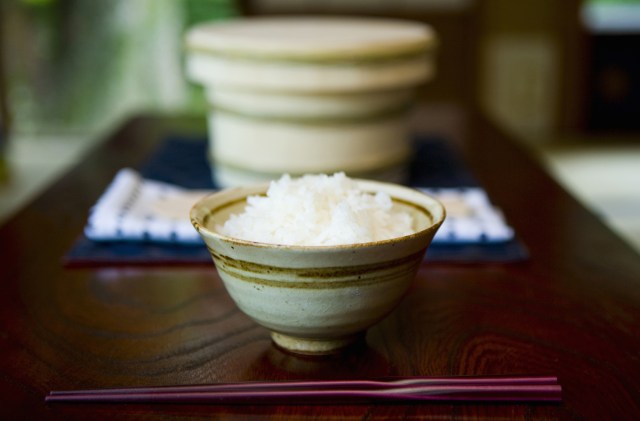 “”Mori no Bannin” is delicious to drink as is, but when used to make rice it really makes a difference” Kadono tells us.
First, soak the rice in “Mori no Bannin” for thirty minutes. Then drain the rice and use fresh “Mori No Bannin” water to cook the rice. Using this method, even old rice comes out a miraculous bright white. On top of that, rice raised on this excellent water has a wonderful texture, he says. 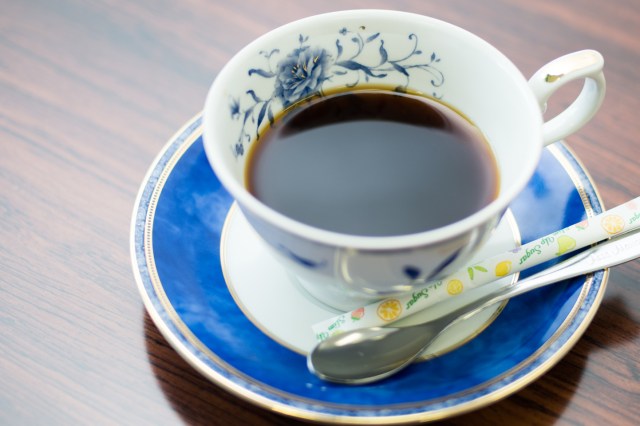 And it’s not just rice. The coffee and tea we enjoyed while conducting this interview were wonderfully mild.

Mie’s fine soft water is not only excellent drinking water, it makes coffee and tea as well as sake and other products truly unique and wonderful.

———Mie, the bounty of mountains and sea 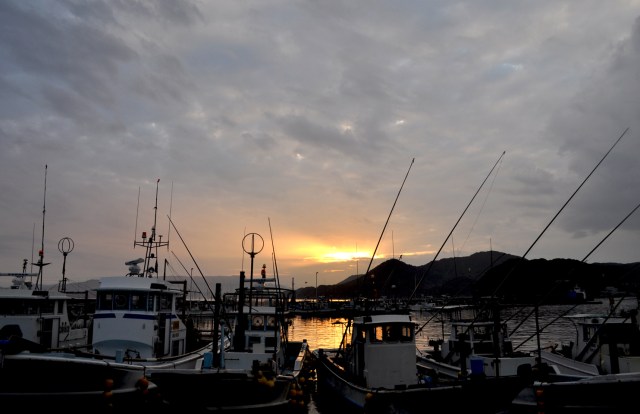 The Miya River carries a wealth of nutrients from the mountains to the sea. Seaweed forests spread, plankton teems, fish gather, and Mie’s proud fisheries flourish. 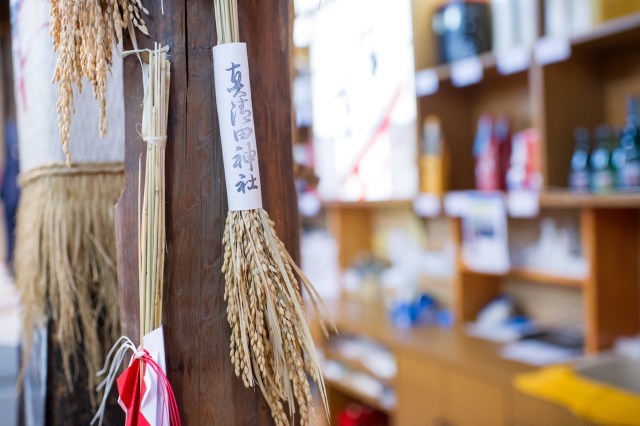 Mie is blessed with mountains, rivers, and the sea. The interplay of these elements yields delicious fish and many other fine products. 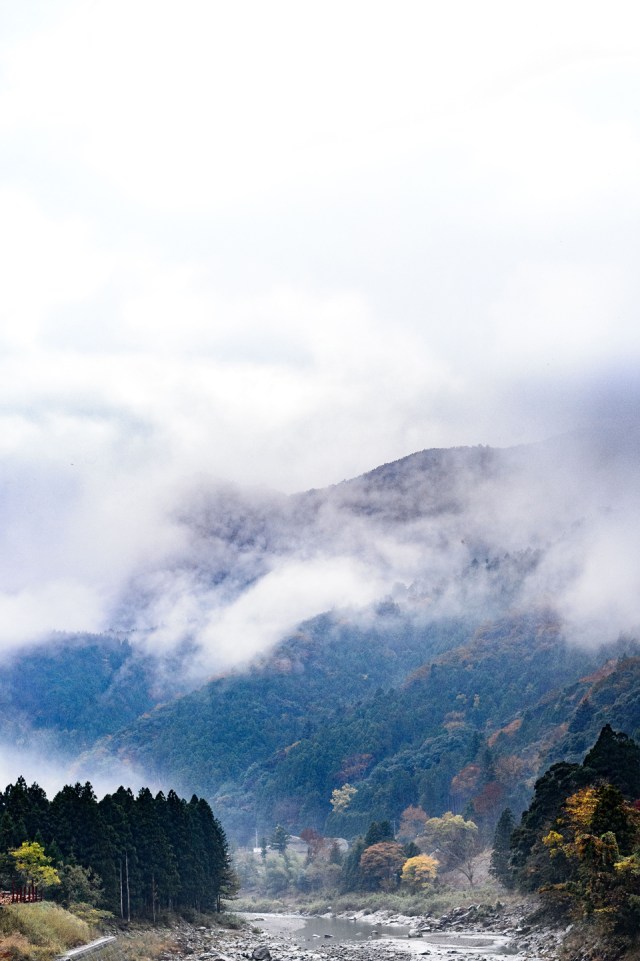 As clouds obscure the sun, rain begins to fall in the mountains. On this day too, blessings flow like water from the mountains to the sea.

Produced with help from